Alexander von Schlippenbach sums it up precisely: “The compelling consistency of the splendid pieces and the overall concept is remarkable. Original, progressive jazz with a hint of humour that is conveyed abstractly by the music itself.”

The band THEMROC 3 was founded in the roaring years short after the turn of the millennium, in 2002. It is named after the film by Claude Faraldo where Michel Piccoli transforms from a conformist house painter into an anarchistic cave man. Despite a long break the band’s music still feels right and most notably urgent. This is how Alexander von Schlippenbach puts is: “The compelling consistency of the splendid pieces and the overall concept is remarkable. Original, progressive jazz with a hint of humor that is conveyed abstractly by the music itself.“ The titles of the pieces are short and programmatic, like “Marsch“ and “Balkon“ or associative like “Post für den Tiger” (Mail For The Tiger), and “Reiter der drei Tintenherrn” (Rider Of The Three Ink Gentlemen), they are penned by Michael Griener and Benjamin Weidekamp. Whilst playing the band barely stops to catch their breath. The attitude is punk and interactive, all the musicians play all the time with everyone else for everybody. There is no soloist, only the collective. And Christian Weber confirms: “The music of THEMROC 3 is catchy in a straight, relentless and utterly entertaining way. Not even the lack of a bass can diminish the pleasure.” 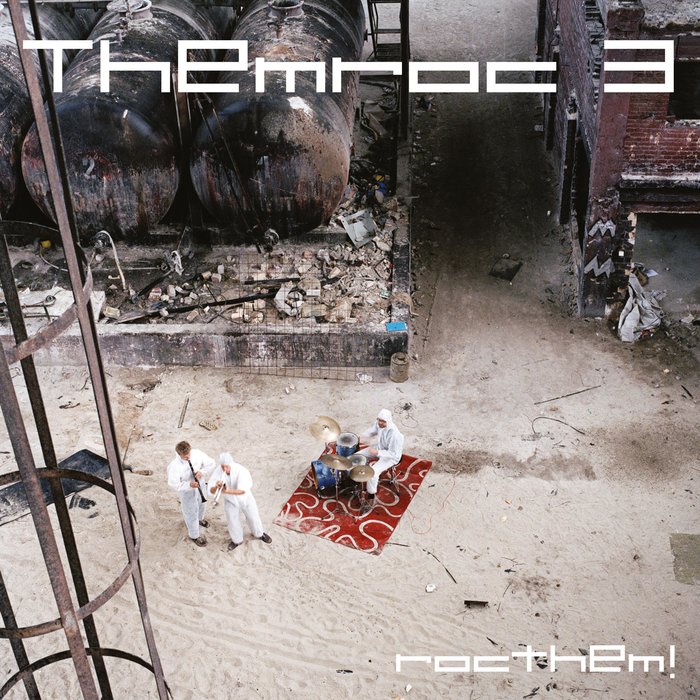